- infinity pool
- Waterfall
- Jacuzzi
- solarium
- Free wifi
The infinity swimming pool fits harmoniously into the garden, part of an ancient citrus grove, and is connected to the solarium on the terrace by a white slender staircase.

A large wooden platform offers a welcoming Jacuzzi and waterfall, the perfect place to relax and let the time pass. From the water, you can turn your gaze toward the house and the warmth of the Lecce stone or toward the peaks of the orange trees that peek out all around you.

The garden is a project by the landscape architect, Roberto De Giorgi, who for twenty years has been studying and recovering the ornamental plants used in the gardens of historic homes. Some were introduced in Salento in the twentieth century by Italian soldiers previously stationed in the African colonies, such as the Hibiscus mutabilis with multicolored flowers on the same plant. Others have even more exotic origins, such as the Feijoa, which comes from Brazil and has been present in Salento for over a century. 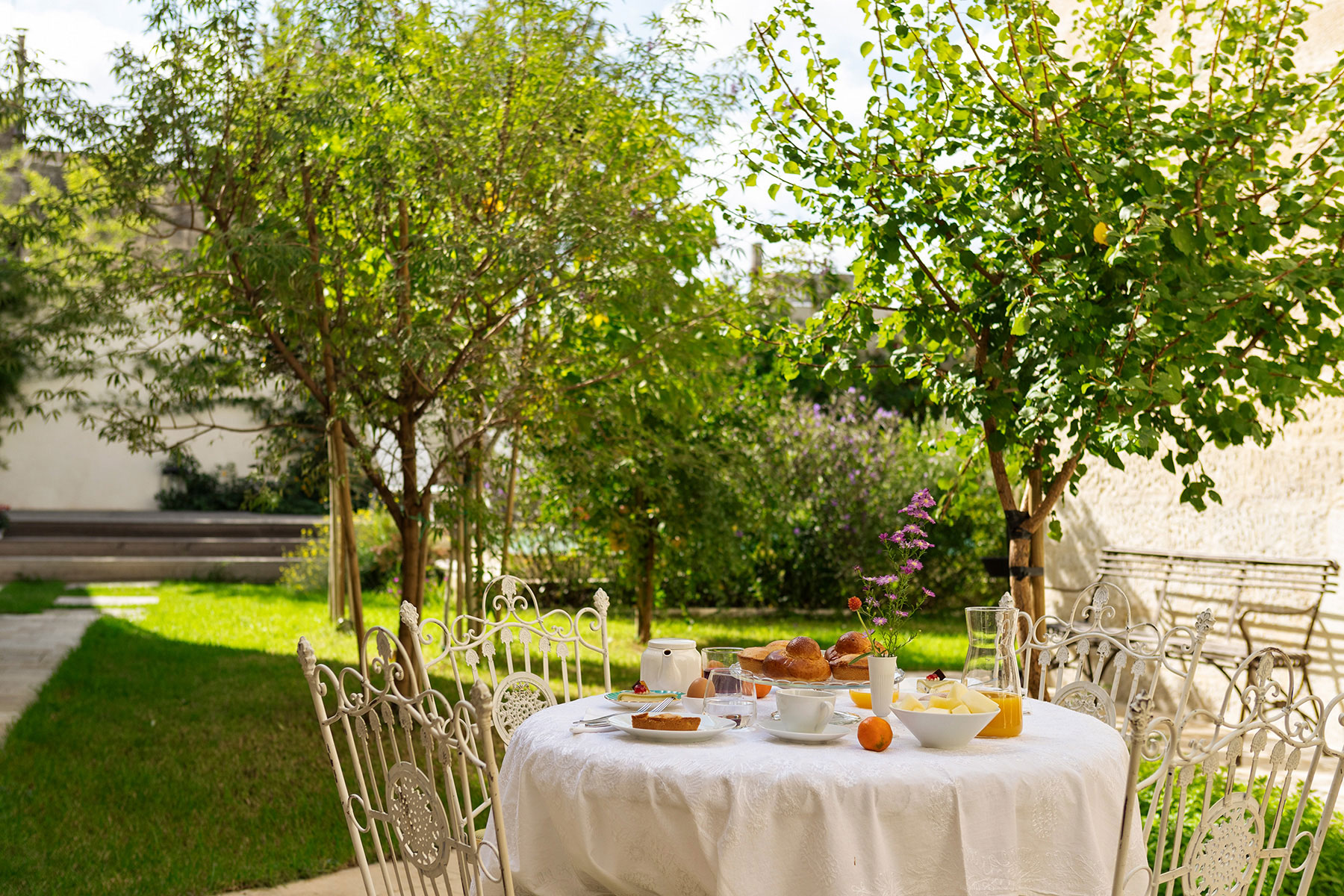 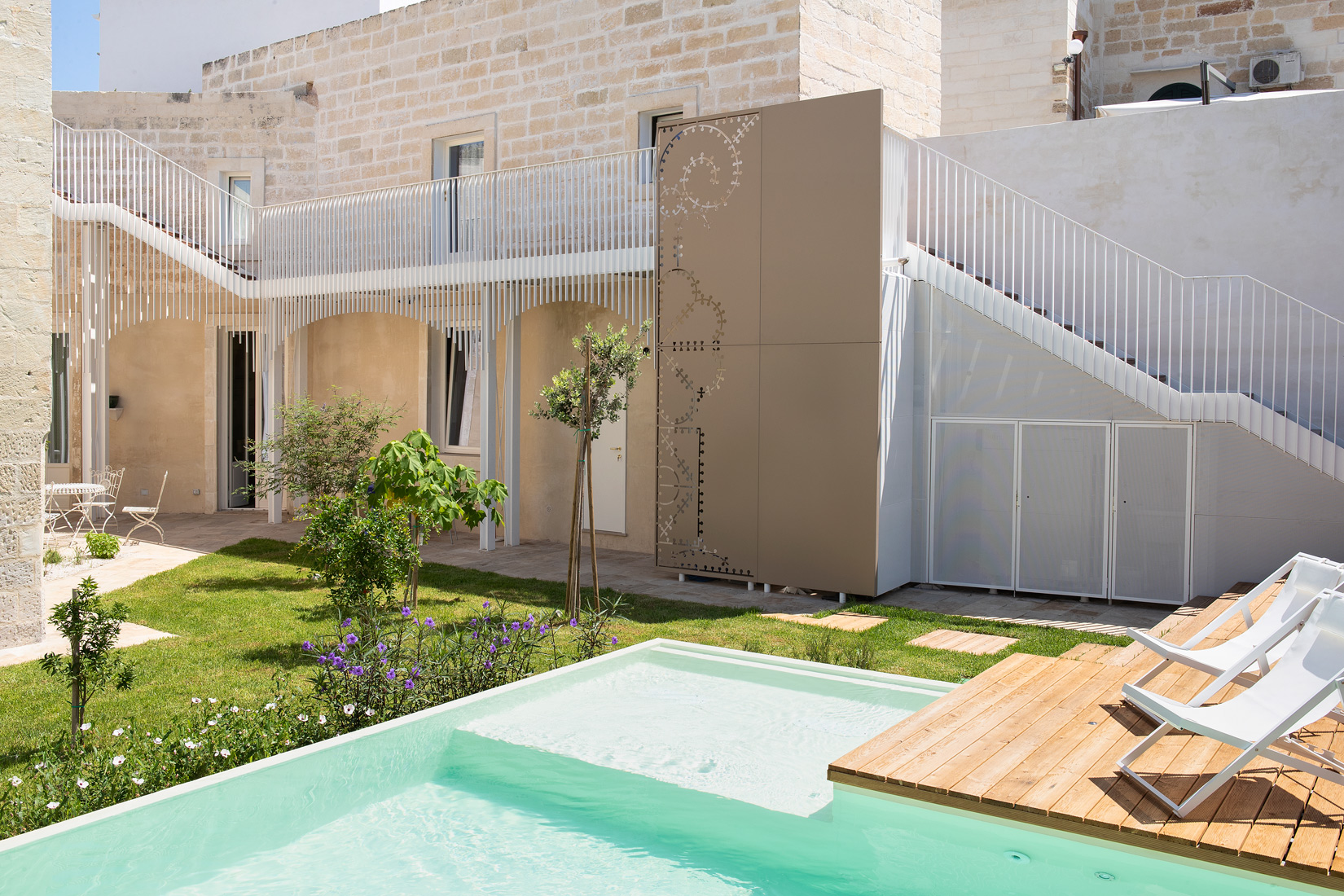 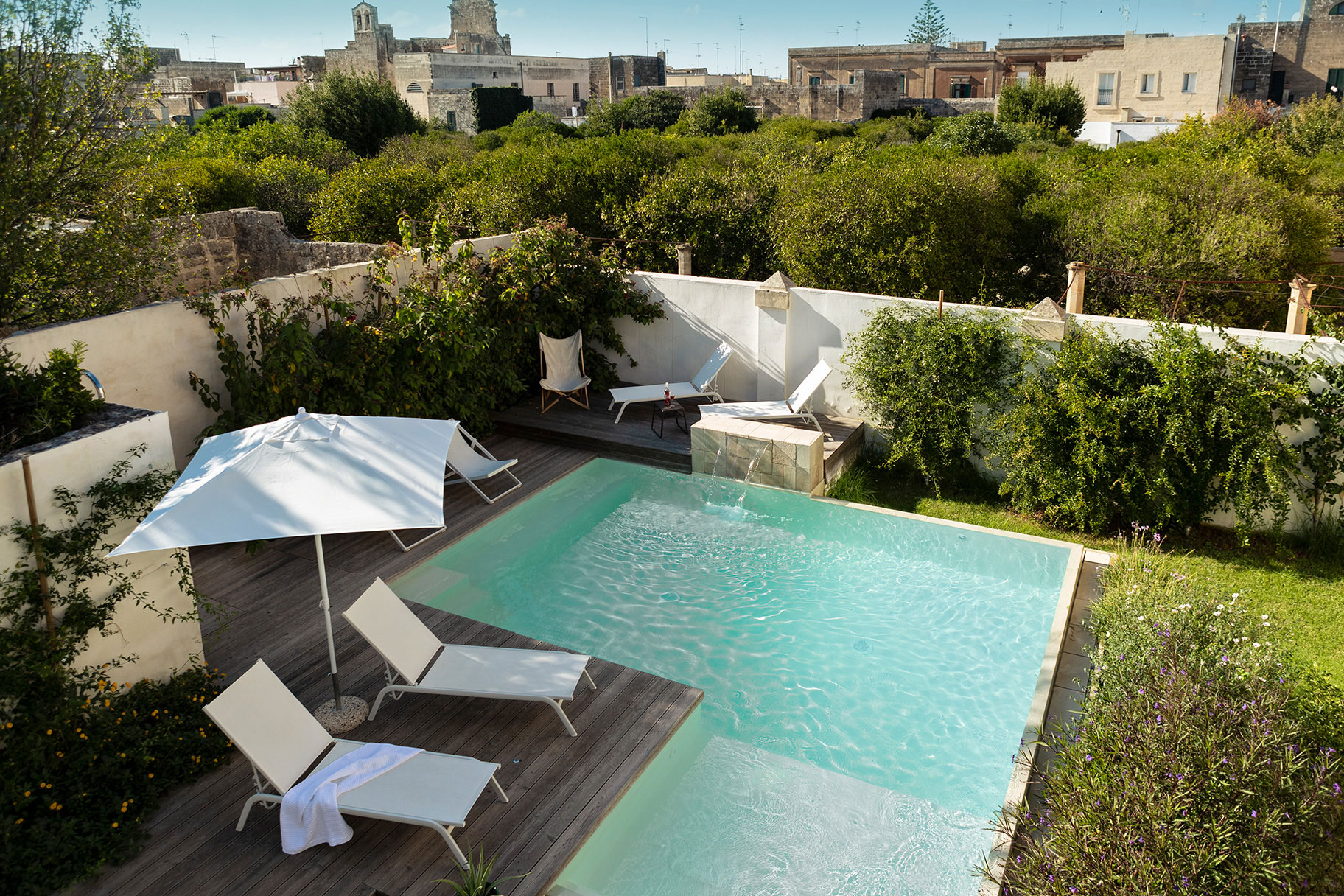 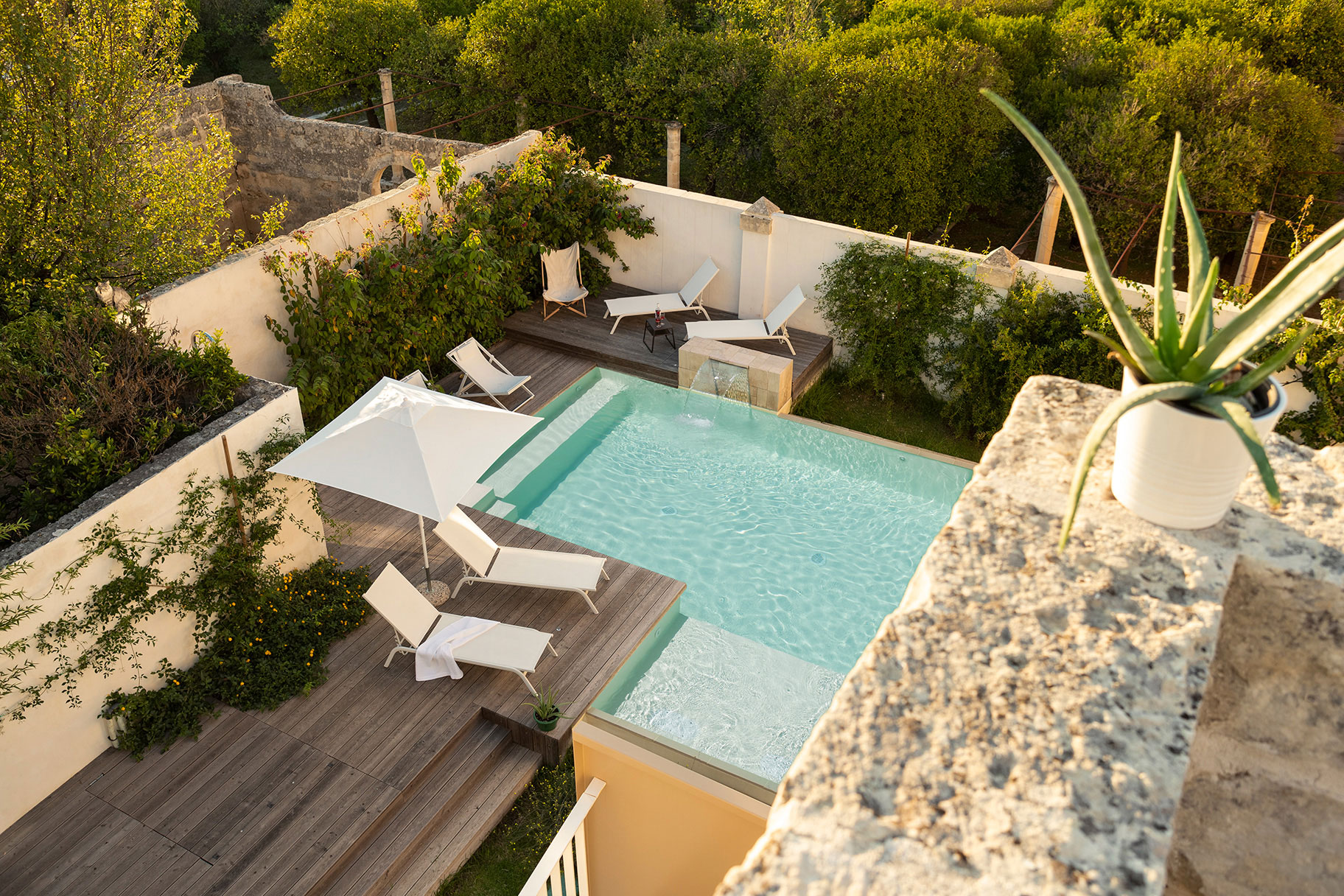 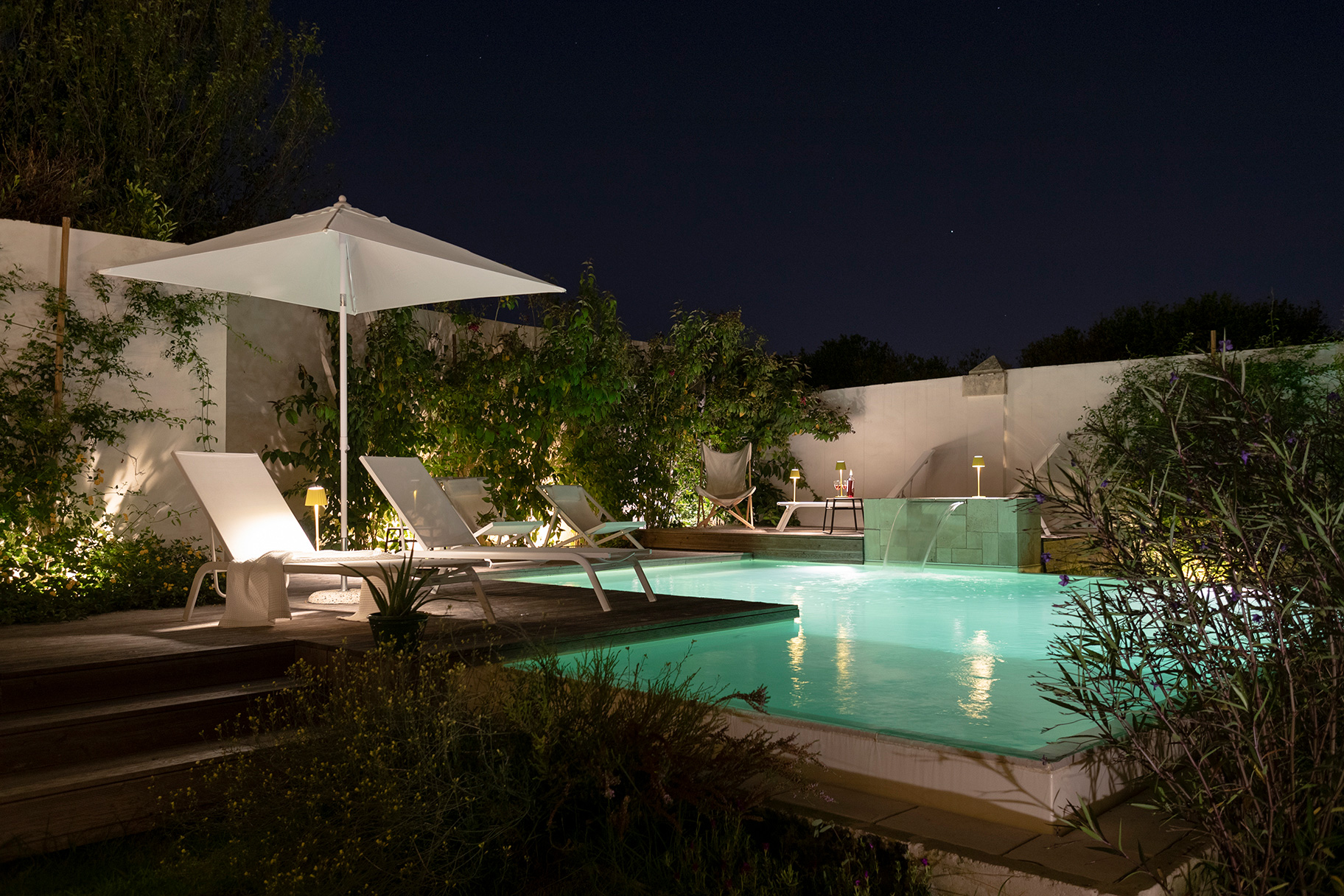 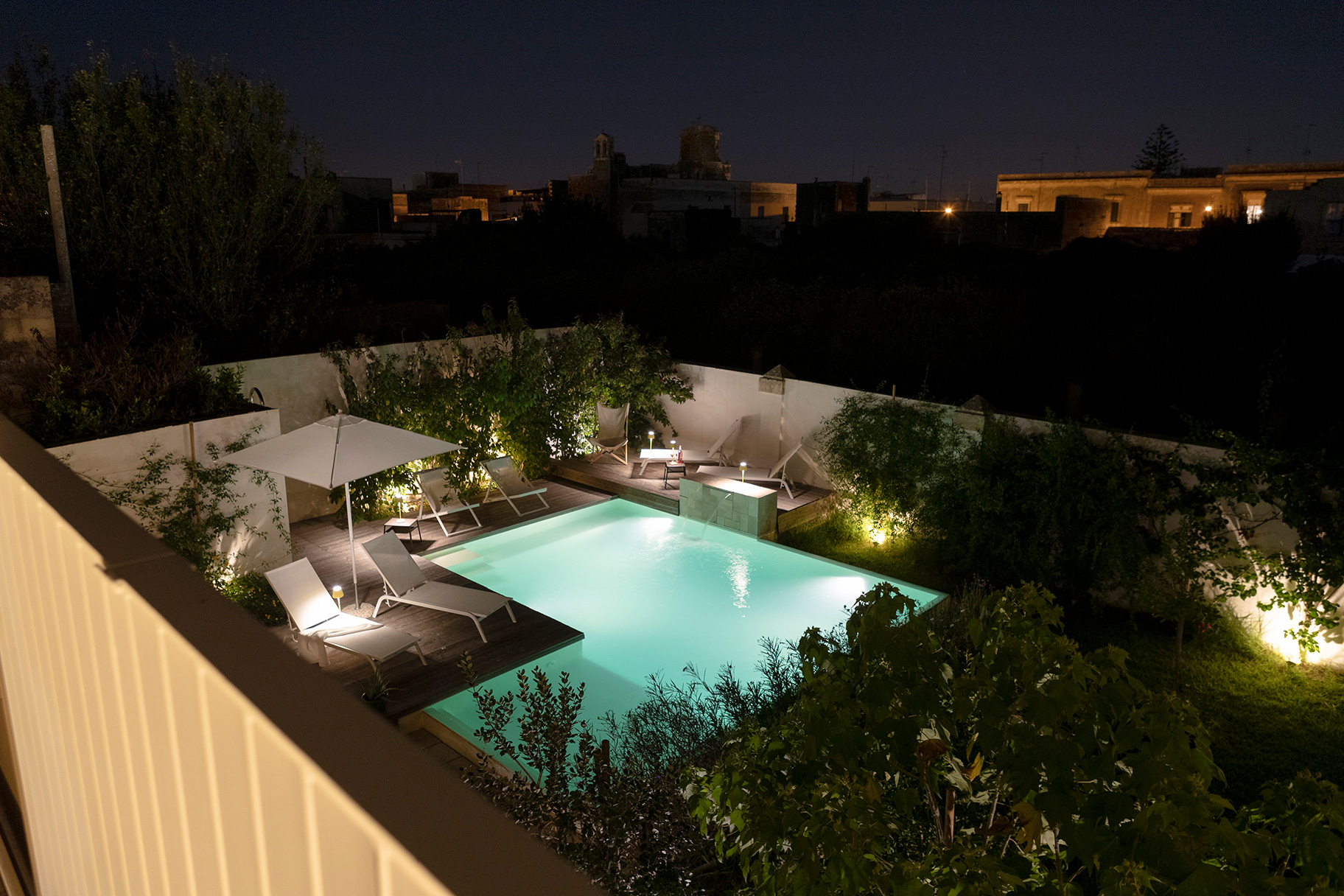